A Contemporary Ravenstail Robe Enters the Collection of the MFA Boston 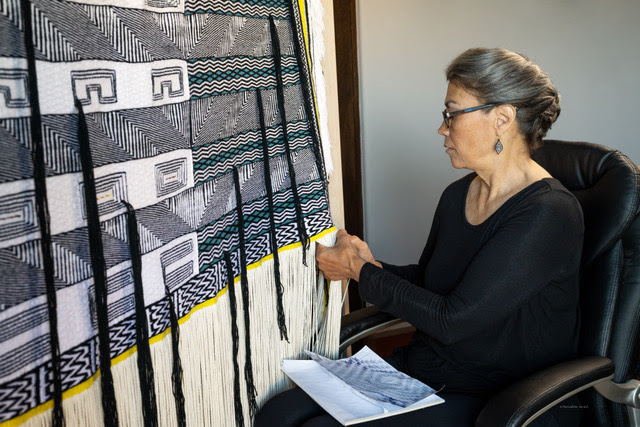 Two years ago we embarked on an exciting project with curators at the Museum of Fine Arts Boston and Evelyn Vanderhoop (Haida): the weaving of a contemporary Ravenstail robe for the Museum’s collection. Vanderhoop–the daughter of renowned weaver Delores Churchill–has spent the last year weaving an exquisite robe for the Museum, and it was formally danced by Vanderhoop at the MFA in February 2019. The ownership and title of the robe was then formally transferred to the Museum.

Vanderhoop dances the Robe at the MFA Boston in February 2019 as her daughter, Tiffany Vanderhoop, drums and sings. Photo by Bernadette Jarrard. Vanderhoop wearing the Robe on the Grand Staircase at the MFA.  Photo by Bernadette Jarrard. 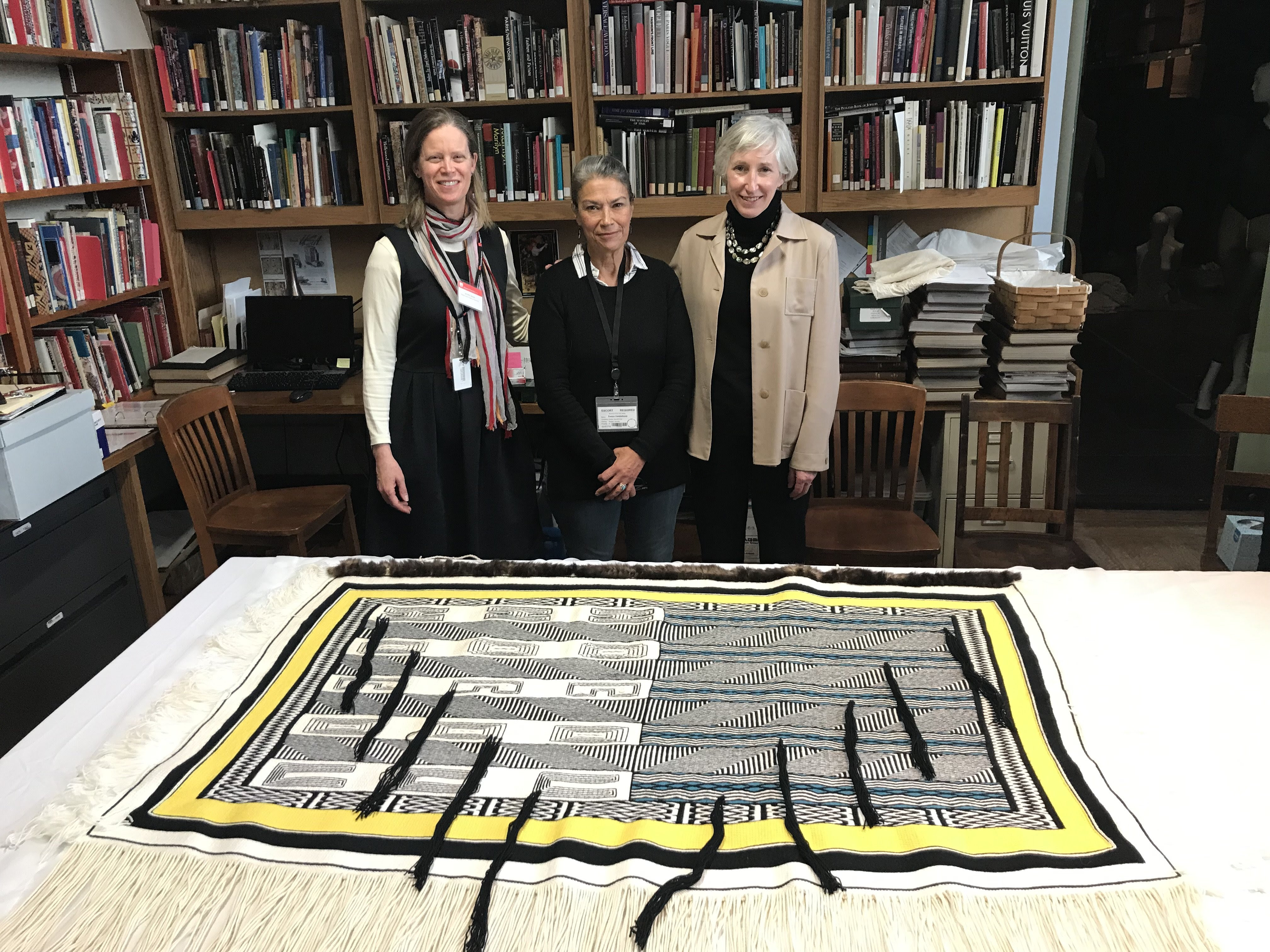 One of the most celebrated First Nations historic objects is the Swift Blanket, made sometime in the late 1700s in British Columbia, and now held by the Peabody Museum at Harvard University in Boston. Among textile experts the Swift Blanket is an important example of Ravenstail weaving from the height of the “golden age” of Northern Northwest Coast artistry. 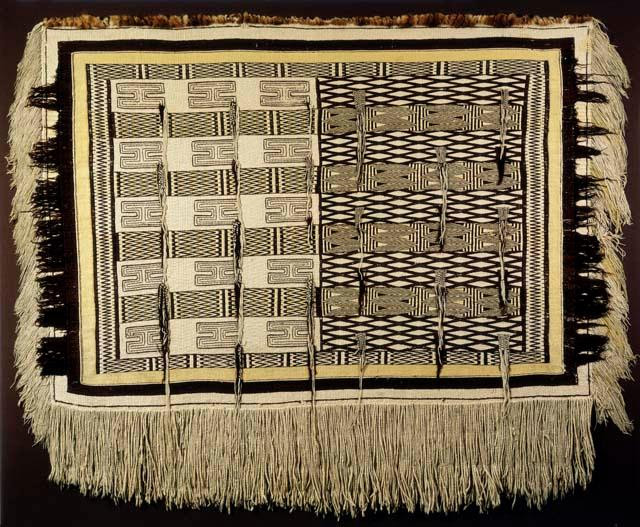 Evelyn Vanderhoop writes eloquently on the importance of the Swift Blanket:

“Referred to as the Swift Robe after its collector, fur trader Benjamin Swift, it is the only full and complete early ravenstail textile of its kind in the United States. This robe’s inner designs are separated vertically with very distinctive designs left and right. In its former life as a chief’s robe, the fur-topped rectangular garment would have draped over a chief’s shoulders with a division down the wearer’s back. It would appear as a totally different robe viewed from one side to the next. The dual elements of The Swift Robe would have added to the wearers’ ability to convey more than one message. It would have been the physical manifestation of a chief’s increased authorities as well as the ability to proclaim different intentions. Shifting from one side to the other would give a chief the animation of transforming from one form to another; telling two stories, concealed and revealed in consecutive motion. The Swift robe threads together a duality that is found in the ancestor stories and early chiefs’ fashions at the time of contact.”

Across the river at the MFA, curators at the MFA’s textile department sought a contemporary weaver who could create a modern Ravenstail blanket, opening a direct and rare dialogue between historic and contemporary masterworks. After a search of many weavers, Vanderhoop was chosen to create the robe. Evelyn’s mother is the famed weaver Delores Churchill of Ketchikan, Alaska. Delores assisted weaver Cheryl Samuels in weaving the first Raven’s Tail blanket made in contemporary times. Delores taught Evelyn Raven’s Tail weaving, and Evelyn is now considered a master. 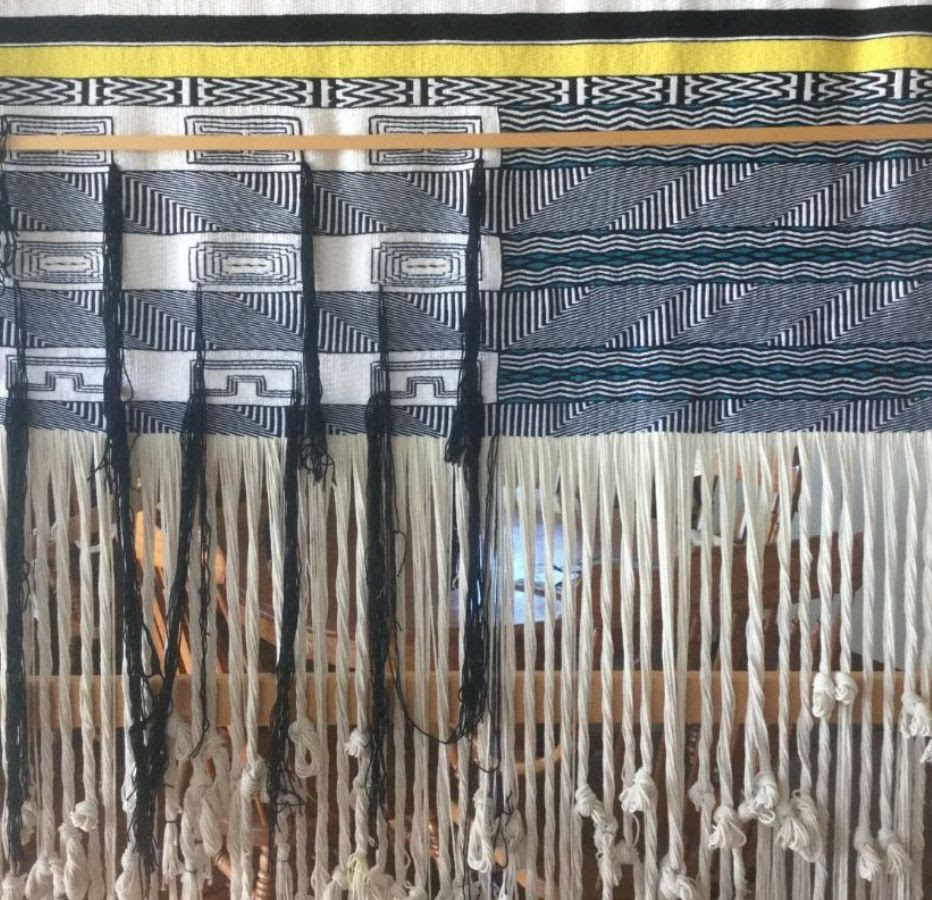 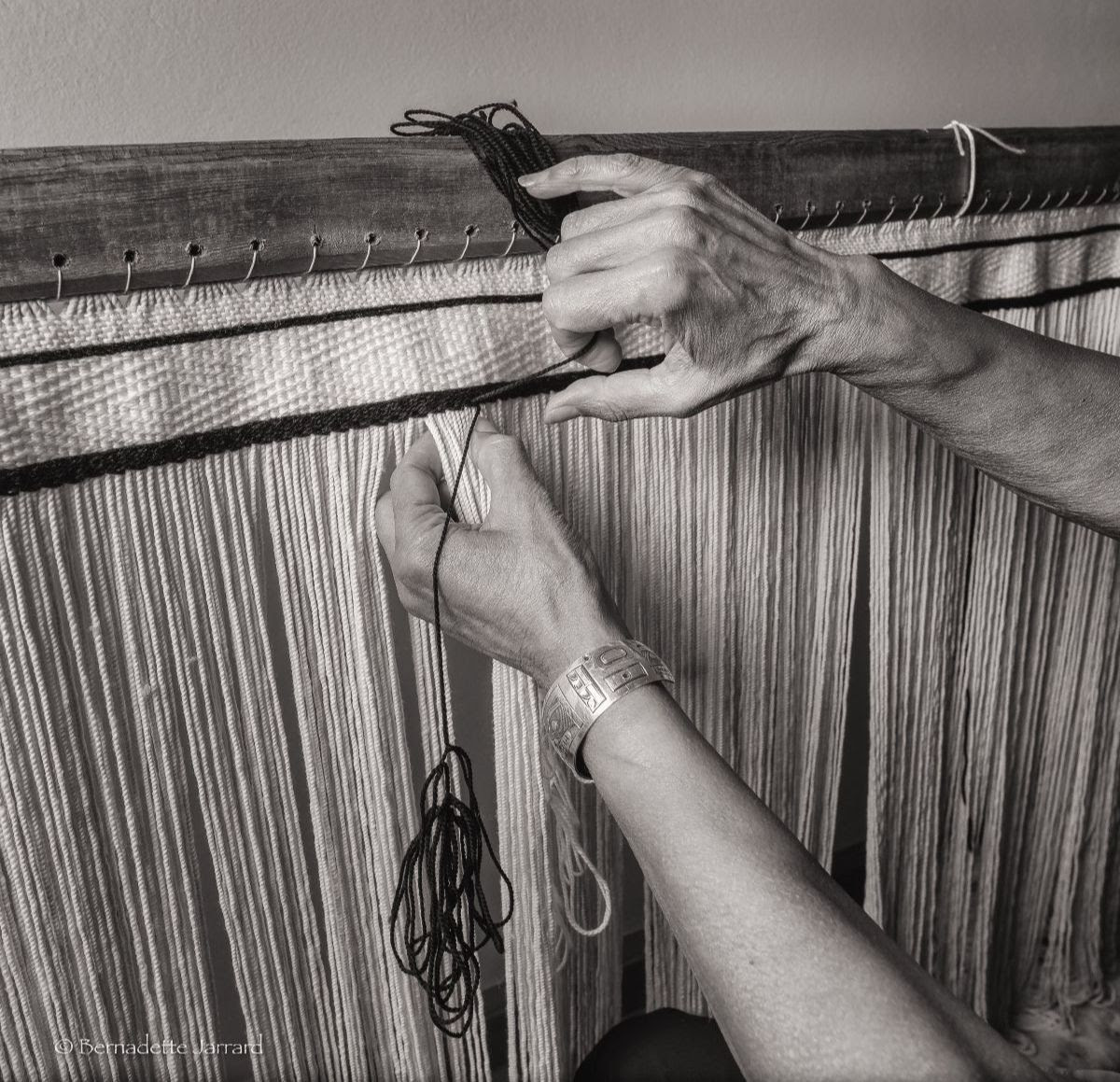 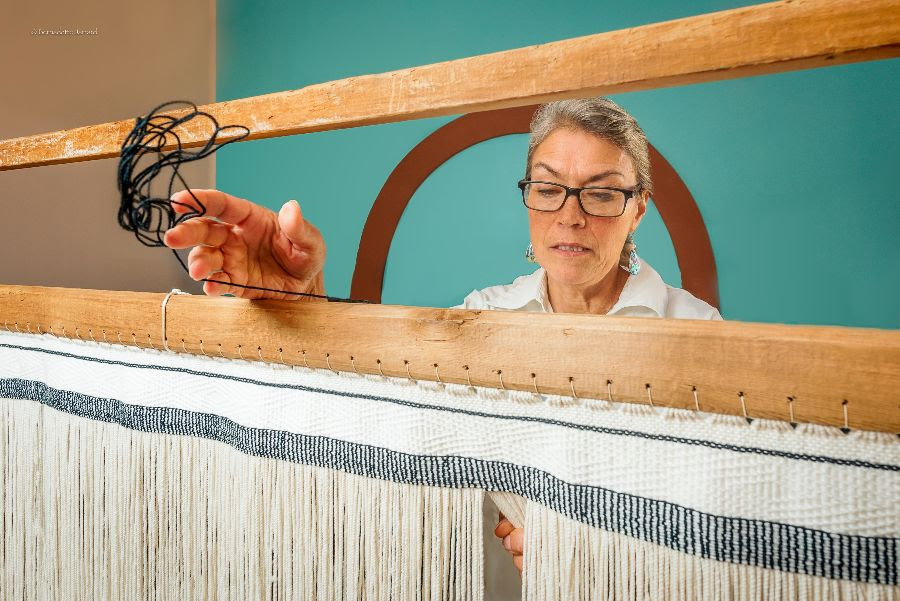 Stages of the weaving process, showing Evelyn Vanderhoop at work. All photos by Bernadette Jarrard.

About Robes and Blankets:
Robes and blankets are emblematic of the flourishing, robust cultures of the Northwest Coast, where the resources available were bountiful, the climate was mild, trade routes were quick and open, and cycles of salmon allowed for stability and solidity. These robes represent a great society, where “well-made objects”* of both utilitarian and ceremonial purposes were the standard, and an artisan could reasonably expect to spend an entire year weaving a Chilkat or Ravenstail robe without interruption. The cultures of the Northwest Coast collapsed tragically and near-completely, but have recovered through the tenacity and perseverance of their members. In many ways, the weavers have been a significant part of this revival and rebirth. The cumulative knowledge required to weave the complex objects of the Coastal cultures is the sum of years-long apprenticeships, and more than just technique is passed from generation to generation. Core ideas of cultural history and identity are also transmitted, making weavers the heart of these tribal nations.

Learn more about the process and living history of Naaxiin weaving in this video by Bernadette Jarrard, for the MFA Boston: